Share a memory
Obituary & Services
Tribute Wall
Read more about the life story of Fred and share your memory.

Fred B. Kempf, 85, of Jim Thorpe, entered into eternal rest on Saturday, December 17th, surrounded by his loving family.  He was the husband of the Barbara (Sapoznikoff) Kempf and they were married for 63 years.  Born in Philadelphia, he was the son of the late Benjamin and Franciska (Bertsch) Kempf.  He worked as a steel salesman for Thypin Steel Co., in the Philadelphia area before retiring and moving up to Jim Thorpe 16 years ago.  He was an honorably discharged veteran of the U. S. Army.   Fred was a former elected Constable for the City of Philadephia.  He enjoyed golfing and working within prison ministries, often counseling at the Carbon County Correctional Facility.  He was of the Christian Faith and was a member of Lighthouse Baptist Church in Lehighton.

Funeral Services will be private.  Online condolences may be expressed at www.nalesnikfh.com.  Services and arrangements have been placed in the care of the Bruce A. Nalesnik Funeral Home, 57 West Center St., Nesquehoning PA 18240

To send flowers to the family or plant a tree in memory of Fred B. Kempf, please visit our floral store. 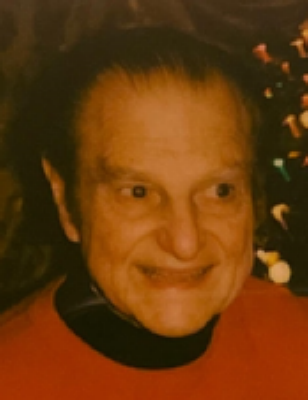 Look inside to read what others
have shared
Family and friends are coming together online to create a special keepsake. Every memory left on the online obituary will be automatically included in the book.

Look inside to read what others have shared

Family and friends are coming together online to create a special keepsake. Every memory left on the online obituary will be automatically included in the book.

You can still show your support by sending flowers directly to the family, or by planting a memorial tree in the memory of Fred B. Kempf
SHARE OBITUARY
© 2023 Bruce A. Nalesnik Funeral Home. All Rights Reserved. Funeral Home website by CFS & TA | Terms of Use | Privacy Policy | Accessibility